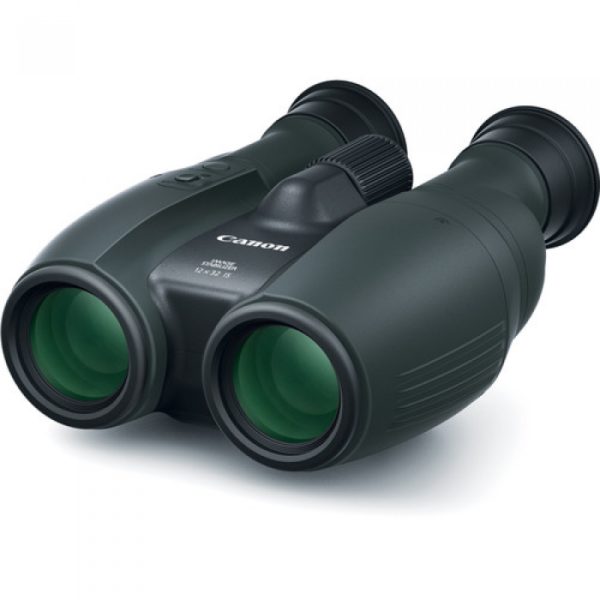 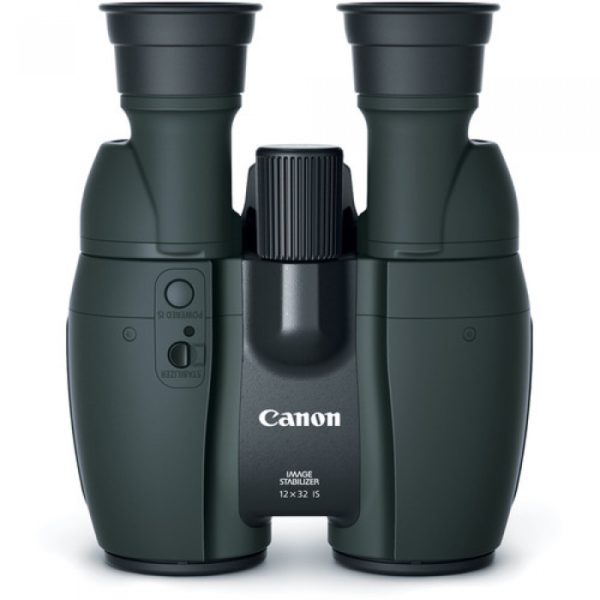 Adapting the IS system from their line of EF lenses, the Canon 12×32 IS Image Stabilized Binocular employs a lens-shift system uses a combination of a vibration gyro-mechanism and microprocessors that detect and counter the appearance of hand-shake by moving the internal lens assembly to make the image appear steady. As a general rule, optics of this magnification and higher are extremely prone to the appearance of visible hand-shake, which interferes with clear and immersive views. Through the use of image stabilization, users can enjoy high-power observations without the distracting shake, or the need for tripods or other support systems normally required to achieve steady images.

Two IS modes allow the performance to be tailored to the situation: Normal IS is ideal for moving or multiple subjects, while Powered IS improves the stabilization when observing a single stationary subject. An intuitive two-button user interface makes choosing the mode simple and easy. The IS runs on two included AA batteries, and when not using the image stabilization, the optic will operate as a conventional pair of binoculars.

Optically, the binoculars are built with traditional Porro prisms, and an integrated field-flattener lens that corrects spherical aberration for distortion-free views, especially at the edges. Canon's proprietary Super Spectra Coating is used to limit color bias, lens flare and ghosting; while maximizing light transmission, color rendition, clarity, and contrast across the entire visible spectrum. With this new IS system, the close focus distance has been drastically reduced versus earlier models that use a different IS mechanism.