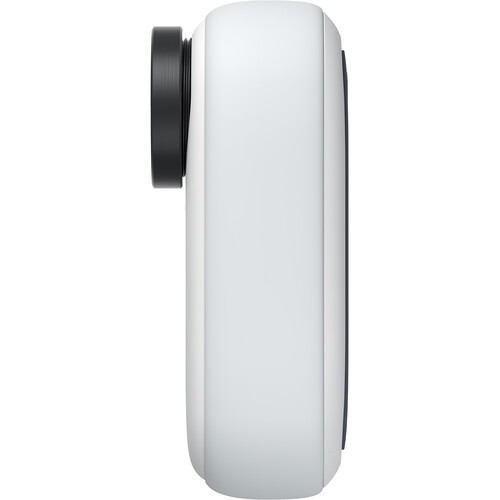 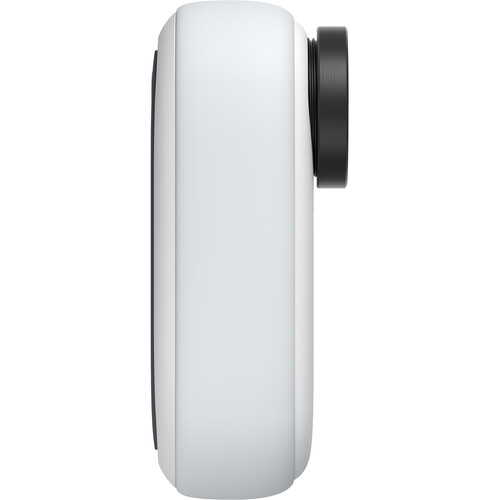 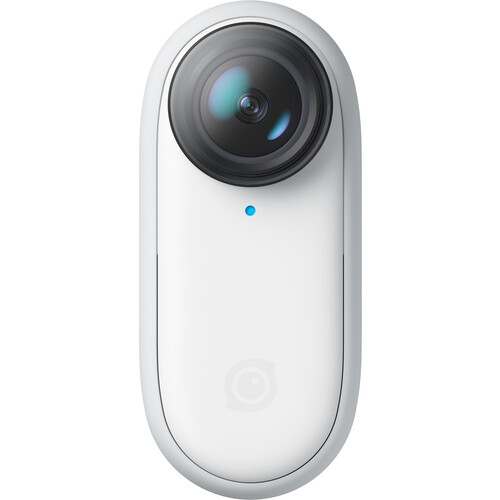 Add a miniature action camera for everyday applications anywhere, anytime with the Insta360 GO 2 Action Camera High-Capacity Edition. The GO 2 improves on its predecessor by recording up to 3K 2560 x 1440 video, audio, and 9MP photos, and it also adds a slow-motion recording feature. This high-capacity edition includes double the built-in flash storage of the original model at 64GB, and it allows you to control the camera, preview your video, and then export the content to your phone via a companion iOS/Android app via Wi-Fi. The GO 2 is so small and light, you can wear it around your neck, clip it to your collar or skateboard, attach it to your dashboard, and much more.

Standard video is exported in either 3K or 1080p resolution, plus you can record slow-motion 1080p video at 120 fps as well as use hyperlapse for fast-motion action shots. Video is captured with built-in Insta360 FlowState image stabilization, which uses an internal 6-axis gyro to smooth out your recordings. The free companion iOS/Android app can also be used for various remote functions, as well as intuitive auto-editing of your video recordings.

The camera comes built into a waterproof case that lets you shoot in up to 13′ of water. Also included is a Charge Case, which features a larger 1100mAh capacity battery than the original GO model to provide up to 150 minutes of recording time. Although the camera has a built-in battery, the Charge Case provides an alternative power solution (and much more). Per charge, it lets you capture approximately 15-minute clips.

The main feature of the Charge Case is that it’s the way to connect the camera to your phone for auto-transfer of videos and photos. The Charge Case has both Lightning and micro-USB connectors for iOS and Android phones. The camera inserts into the case, and the case connects plug-and-play into your phone. It can even function as a tripod with its fold-out legs if you want to place the GO 2 on a surface. Via the micro-USB connector, you can also interface with Mac and Windows computers for file transfer.

Insta360 GO 2 captures video, audio, and photos internally to 64GB of onboard storage. When connected to your phone, GO 2 videos will be auto-transferred via the companion app.

The GO 2 is IPX8 waterproof up to 13′.
The included charge case provides a start/stop control button and up to 2.5 hours of battery life, and it features fold-out legs to become a tripod.
Camera
Optics
Recording
Display
Exposure Control
Features
Input/Output Connectors
General
Packaging Info