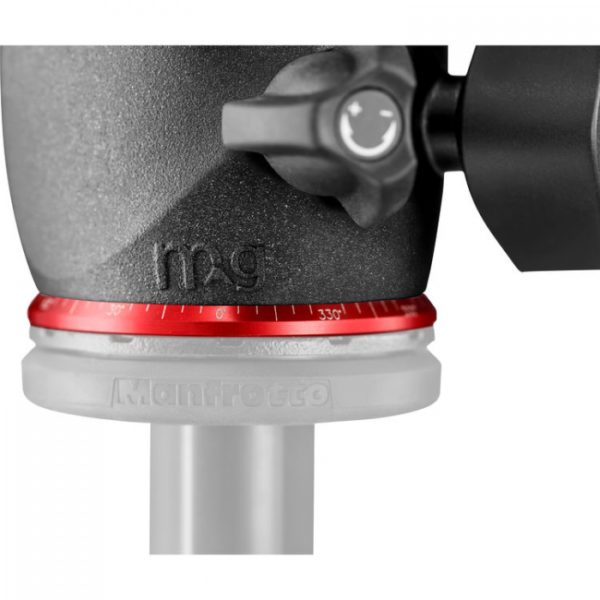 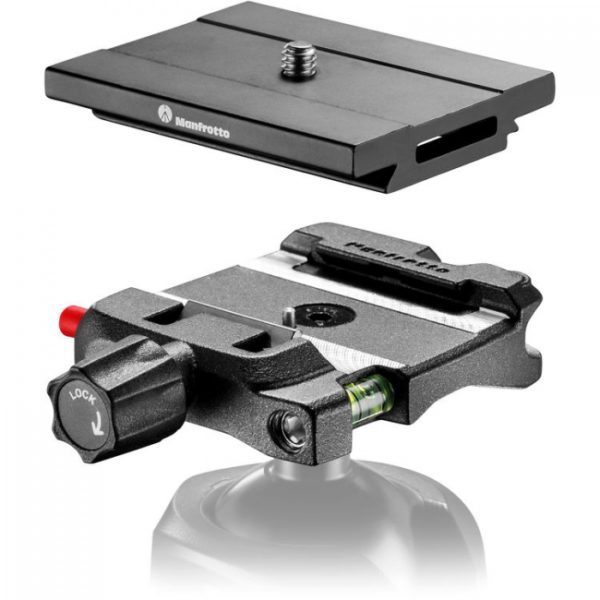 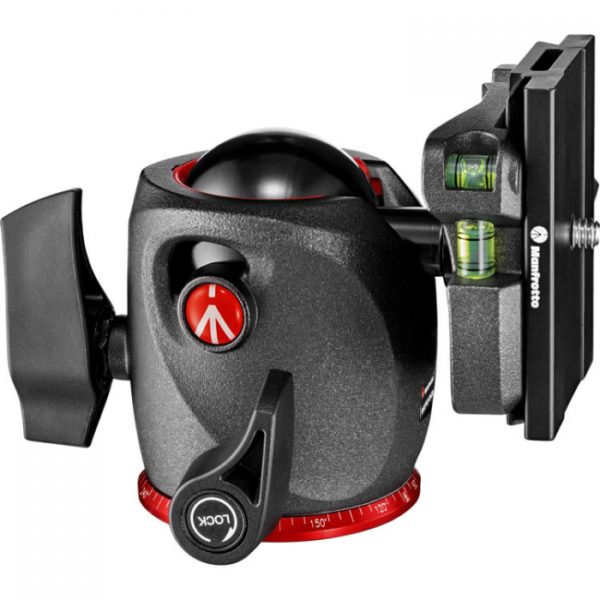 Accurately adjust your camera position with the MHXPRO-BHQ6 XPRO Ball Head with Top Lock Quick-Release System fromManfrotto. Able to hold up to 22 lb, the 1.2 lb ball head is strong enough for most applications and ideally suited for an equally sturdy tripod. The XPRO lets you fine-tune your adjustments, thanks to separate knobs for both the ball and the 360° panning as well as a friction control knob for more exacting placement.

The Top Lock quick-release system is an Arca-type compatible clamp and plate that allows the camera to be inserted from the top rather than slid in from the side. A safety lock prevents the plate from being accidentally released. Two bubble levels on the head let you adjust your camera so the horizon is level. A numbered scale around the base of the head makes repeating exact pans an easy task.