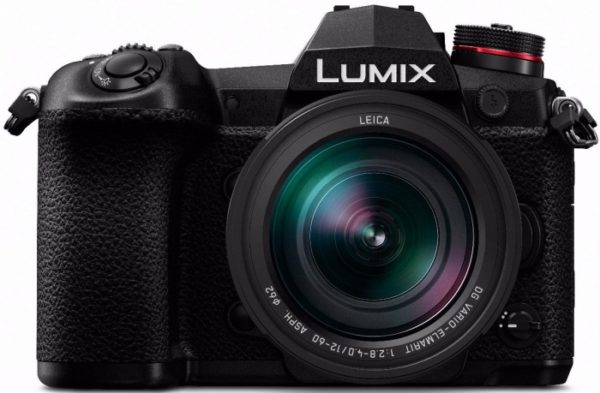 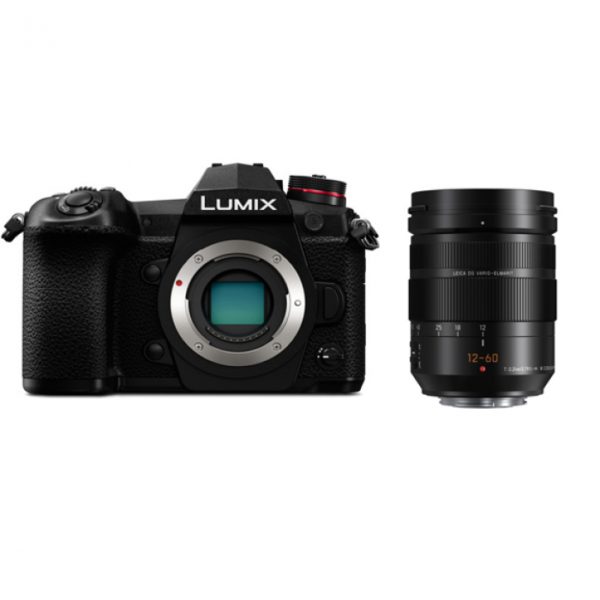 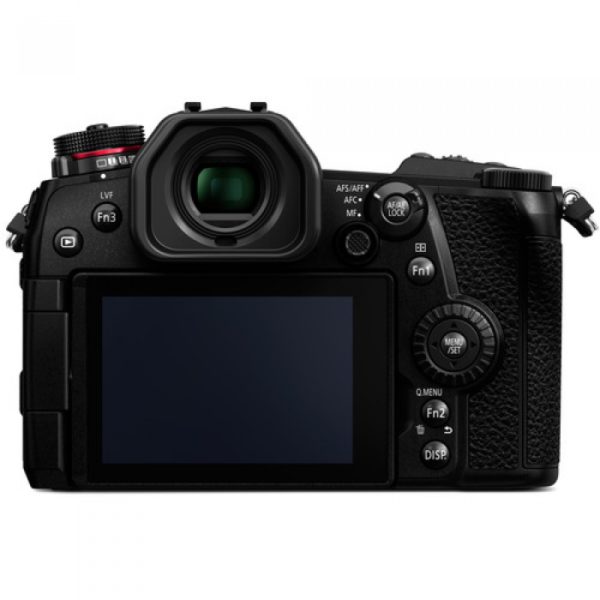 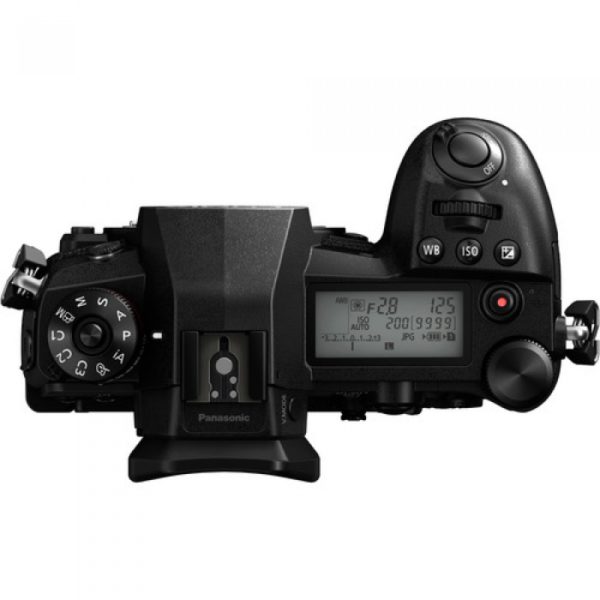 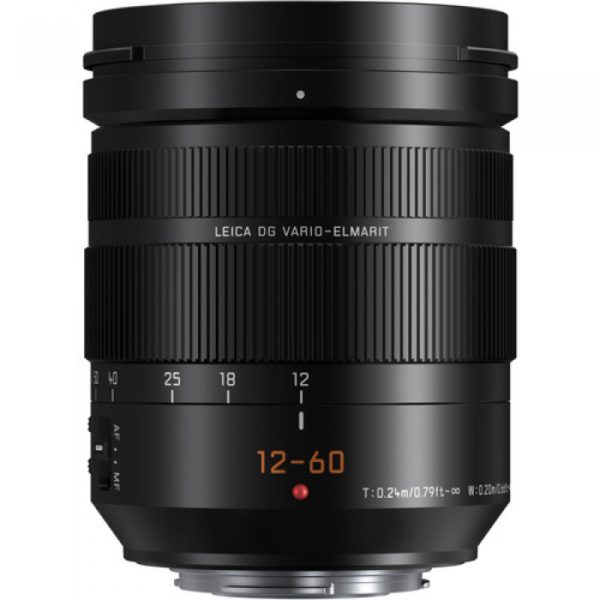 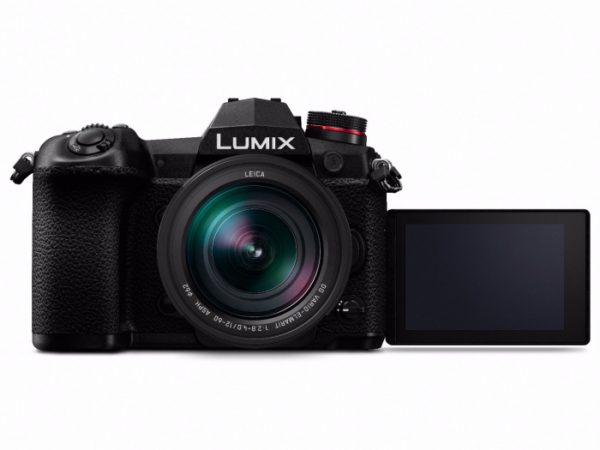 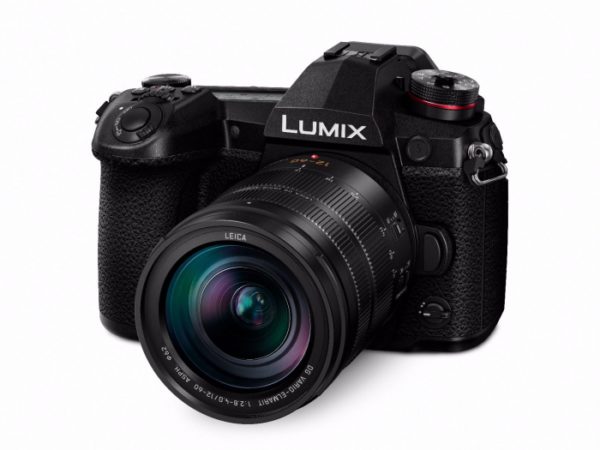 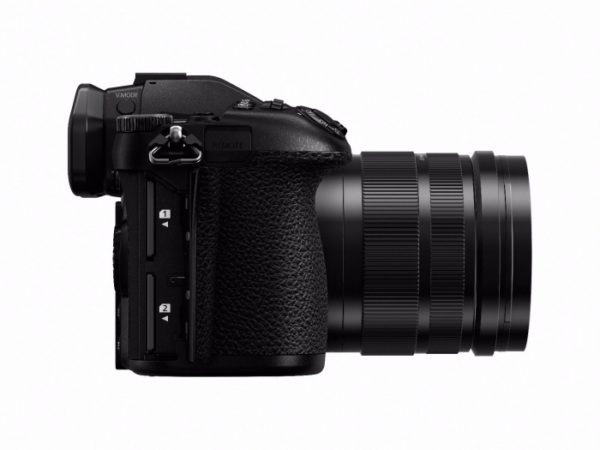 Panasonic has taken a different approach to camera development with the stills-focused DC-G9 Micro Four Thirds Mirrorless Camera, which has a variety of newly developed functions and features that will appeal to photographers. Central to the imaging process is the combination of a 20.3MP Live MOS sensor and the latest Venus Engine processor, enabling the capture of sharp images and video with sensitivities ranging up to ISO 25600. Extremely fast speeds are also made available with up to 60 fps continuous shooting with the electronic shutter function. If you want to shoot video along with stills the G9 is very accommodating, offering UHD 4K at up to 60p.

This improved speed is seen in many different aspects, including an enhanced Depth-from-Defocus autofocus system with 225 areas for fast, precise focusing across the frame. A rear joystick has been implemented as well for intuitive control over the current focus point. Another benefit of boosted processing is the inclusion of 6K PHOTO at 30 fps and 4K PHOTO at up to 60 fps, allowing users to capture 18MP or 8MP images, respectively, at exceptional frame rates. Beyond speed, the 5-axis sensor stabilization system supports Dual I.S. 2.0 and can compensate for up to six stops of camera shake. And a significant addition made possible with this new system is a multi-shot mode that captures eight separate images and compiles them into a single 80MP raw image.

It isn’t just performance that has been optimized, as the G9 has a redesigned body that is splash, dust, and freezeproof. The body gains a top status LCD for quick access to essential settings without needing to check the LCD or viewfinder, which have also been improved. Most notably, the OLED viewfinder is improved with a 0.83x magnification and 3.68m-dot resolution. The EVF has a fast 120 fps refresh rate as well for lag-free viewing. Additionally, the LCD is now a 3.0″ 1.04m-dot free-angle touchscreen for working intuitively and at odd angles.

20.3MP Digital Live MOS Sensor and Venus Engine
Optimized for high-speed high-resolution imaging, the G9 packs in both a 20.3MP Light MOS Micro Four Thirds sensor and an enhanced Venus Engine processor to create sharp, detailed stills and UHD 4K video. This configuration maximizes resolution while keeping noise to a minimum, permitting the use of sensitivities up to ISO 25600. It is also very fast, enabling continuous shooting rates of up to 60 fps with AF-S and 20 fps with AF-C when using the G9’s electronic shutter or 12 fps for AF-S and 9 fps for AF-C using the mechanical shutter.

UHD 4K Video Recording
Supplementing the camera’s stellar stills feature set is UHD 4K video recording at up to 60p. The G9 offers internal recording with an 8-bit color depth and 4:2:0 sampling using Long GOP compression to keep files sizes manageable. Users also have access to various frame rates, including 60p, 30p, and 24p in UHD 4K and 60p and 24p in Full HD. Slow motion video is available in the Creative Video Mode with support for 60 and 48 fps resolution in UHD 4K and up to 180 fps in Full HD.

In order to maximize image quality, the G9 features a full-size HDMI output for using an optional external recorder to receive 8-bit 4:2:2 footage at all resolutions up to UHD 4K at 30p. Also, both a 3.5mm headphone jack and 3.5mm microphone input are available for improving audio capture.

225-Area Advanced Depth-From-Defocus AF System
For accelerated autofocus performance, and Advanced DFD (Depth-From-Defocus) technology is employed to quickly calculate the distance to subjects and adjust the focusing position in as little as 0.04 seconds, which enables continuous shooting up to 9 fps with continuous AF. This contrast-detection type focus method benefits both still and video recording modes, as well as subject tracking applications where subject color, size, and motion vectors are used to intelligently lock-onto the moving subjects and ensure precise focus. The sensitivity and speed can be adjusted to further improve performance with certain subjects. It also features 225 AF areas, which provide excellent control over where the camera will focus. Additionally, supporting working in low-light conditions, a Starlight AF feature enables accurate AF performance down to -4 EV.

Benefitting manual focus operation, focus peaking is available that highlights bright edges of contrast with a colored outline for quickly recognizing your focus point, as well as Touch MF Assist for touch-to-focus operation. Other AF features include an AF Point Scope setting that temporarily magnifies the subject by 3x to 10x for confirmation of the focus position and a custom selectable AF zone for Multi AF / Custom Multi AF.

80MP High Resolution Mode
By using sensor-shift stabilization technology the G9 can use a High Resolution Mode to capture and compile eight separate images to create a single 80MP raw file. This system creates a more highly detailed and color accurate image than a single shot alone can produce and can create an image with a 10368 x 7776 resolution.

Spanning a useful wide-angle to short telephoto range, the Leica DG Vario-Elmarit 12-60mm f/2.8-4 ASPH. POWER O.I.S. Lens from Panasonic is a 24-120mm equivalent zoom designed for Micro Four Thirds cameras. Designed in collaboration with Leica, this versatile lens utilizes four aspherical elements and two extra-low dispersion elements to deliver well-corrected, sharp image quality that is void of color fringing and distortions. The lens also makes use of a linear motor for fast, quiet, and precise autofocus performance, and the POWER Optical Image Stabilization system helps to minimize the appearance of camera shake for sharper handheld shooting. Additionally, the durable metal body of the lens renders it splash, dust, and freezeproof to suit its use in trying environmental conditions.