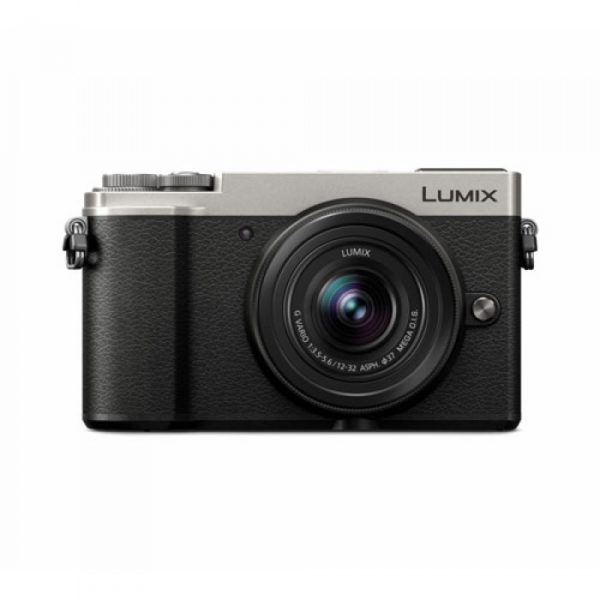 The Lumix GX9 features a 20.3-megapixel sensor that supports with Panasonic’s Dual IS image stabilisation system. The Dual IS system takes advantage of both sensor and lens technology for dramatically improved stabilisation performance. Combined with the improved 9fps burst modes and 4K photo modes, this makes the lightweight and portable camera one of the most capable in its class.

Boasting 20.3-Megapixels on a Micro Four Thirds size MOS sensor the GX9 delivers high resolution stills and stunning 4K video footage. The Low Pass filter on the sensor has been removed to further enhance the sharpness of your shots for maximised image quality. Depth from Defocus technology built into the sensor can focus in 0.7 seconds and the camera has face and eye detection AF for better portrait shots.

With 5-axis stabilisation built-in to the image sensor the camera supports Panasonic’s Dual IS system, which uses a combination of both lens and sensor stabilisation. In-body stabilisation means that your shot is always smoother, even when adapting vintage or manual focus lenses without stabilisation.

The 4K Photo functions offers a range of different ways to take advantage of the high-resolution video in-camera by selecting the frame from the UHD footage to export as an 8-megapixel shot. This has been made more intuitive with Panasonics auto marking function that identifies unique shots and highlights them.

A brand new addition to the wide range of 4K shooting modes is the 4K Photo Sequence Composition function that can combine multiple images from a 4K Photo file in-camera, perfect for action or sport shots where the framing doesn’t move but the subject does.

Panasonics cutting edge Post Focus function shoots approximately 30 frames while focusing between the nearest and furthest points in the frame. After capturing so many images at different focus settings the GX9 gives you the ability to choose which part of the shot you want to be in focus after you’ve taken the shot.

With the introduction of the L.Monochrome D Mode the GX9 has the ability to create black and white images with an improved dynamic range. The Monochrome mode applies randomised noise and grain so it can mimic the look and feel of real film.

Capture up to 9 Frames with Continuous Shooting
With an improved electromagnetic mechanical shutter that reduces shutter shake, the release rate of the GX 9 has increased to an impressive 9fps while shooting in the AF-S mode. This ensures you are able to capture even more shots in full RAW format while using every pixel on the sensor. The camera also has a buffer that allows you to capture over 30 shots in RAW and 100 in JPG.

A new addition the the Panasonic line-up, the aperture-bracketing mode captures a series of shots at different apertures, so you can choose the depth-of-field after you’ve taken your picture. The focus-bracketing function works in a similar way to the 4K in-camera post focus except that it captures RAW images at different focal distances, up to 999 images for you to choose from while editing.

A 3-inch LCD monitor with touch functionality lets you quickly review shots you’ve taken and select images to export from 4K footage, while the tiltscreen gives you the ability to shoot from more unique perspectives. The EVF has a unique 16:9 aspect ratio and has been ergonomically designed.

The touchscreen is complemented by the GX9’s Electronic Viewfinder. With a high 2.76 million dot resolution, 0.7x magnification and tiltable design, combined with a 20x MF assist this makes it even easier to frame your subject and ensure they’re in focus.

The GX9 features both a built-in Wi-Fi and a Bluetooth connection that allows you to wirelessly control camera settings and trigger shooting from your mobile device. You can even preview your framing straight on the screen of your smart device in real time, perfect for shooting from unconventional angles or when you can’t see the back LCD screen.