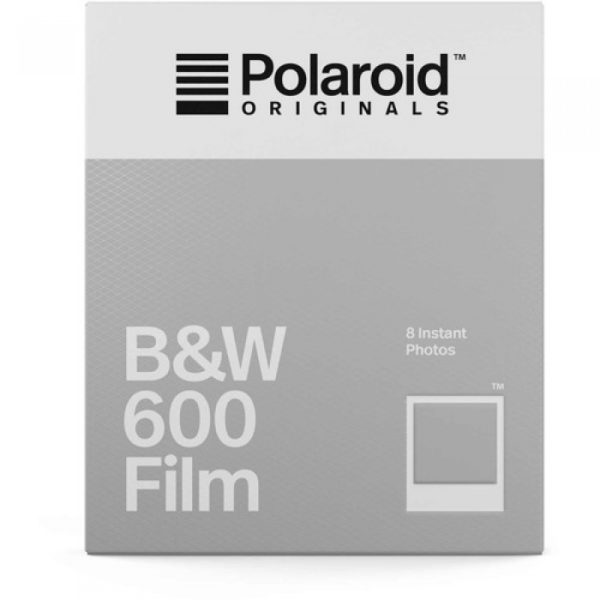 This pack of Black & White 600 Instant Film from Polaroid Originals contains eight sheets of film for use with Polaroid 600-series cameras. Producing monochrome images with a long tonal scale, dark blacks, and bright whites, this ISO 640 film offers a classic instant film look with its glossy 3.1 x 3.1″ image area and traditional white borders. Each shot develops in 5-10 minutes after exposure, and the film should be stored in a cool, refrigerated, but not frozen, place before use. Additionally, even though this film features a built-in a battery to power 600-series cameras, it can also be used with i-Type cameras that feature their own camera battery.