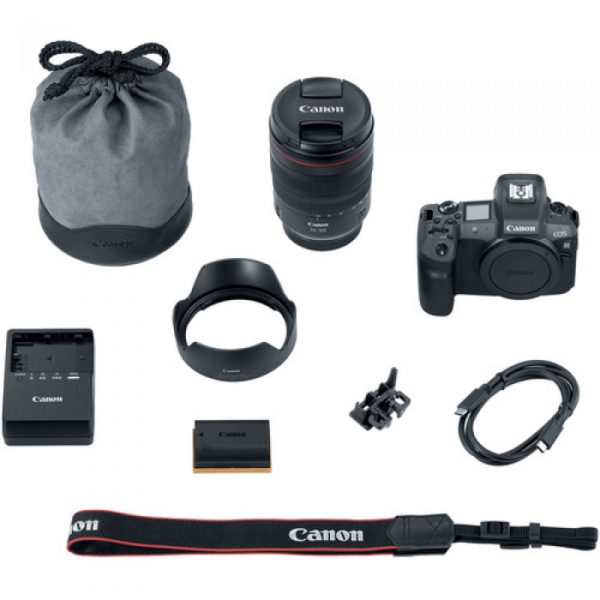 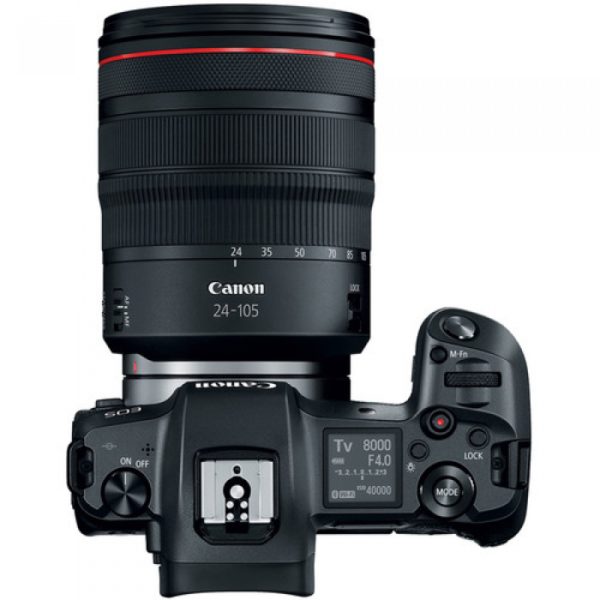 There are so many features to explore in Canon’s first general purpose full frame mirrorless camera. Here are some of the key ones.

RF Mount
Canon’s new RF mount has enabled their engineers to place the rear element of lenses closer to the camera’s sensor. This means they can produce lenses that don’t have to bend light as far and therefore can produce lenses with even better optical qualities, particularly towards the edge of the frame. As an example, Canon have released a 28-70mm f/2.0 lens for the RF mount. The mount’s new 12 pin connection offers faster and more complex communication between the lens and the body.

Lens Flexibility
Canon have released 3 lens adaptors, including one with a control ring that lets you change aperture, shutter speed, ISO or exposure compensation and another adaptor that lets you insert filters like polarisers and variable neutral density filters. These adaptors will let you use any EF or EF-S lens on the EOS R so there is no need to discard your Canon DSLR’s lenses. Unlike some other adaptors, these are designed and built in-house so should work flawlessly.

Customisation
Canon have put a lot of emphasis on the amount of customisation that’s available in this camera. Most buttons and dials are readily customised though the do recommend using everything at the default settings for a while until you get used to the cameras features and abilities.

Image Quality and Autofocus
Canon have given the EOS R a 30.3 MP sensor equipped with Canon’s acclaimed Dual Pixel Auto Focus (DPAF) system (similar size to the 5D mark iv) but with an extended native ISO limit of ISO40000. The camera is driven by the latest Digic 8 processor which produces images with phenomenal quality.

As expected, the DPAF is very quick, accurate and smooth during video. Focus can be obtained in as little as 0.05 seconds! There are 5,655 available focus points on the sensor, covering 88% of the sensor’s width and all of its height.

The sensor will allow face and eye autofocus, with the promise of eye tracking in servo mode with a firmware update. Also promised with that update is silent shooting in continuous shooting mode. Currently both features are only available in single shot mode.

New Fv Auto Exposure Mode
Canon have included a new flexible auto exposure mode. This mode has the flexibility to work like all of the other standard Auto Exposure modes and can even work like the manual mode. They have added a new step in aperture and shutter speed selections called Auto so you can now choose to have auto ISO and/or auto shutter speed and/or auto aperture all in the same mode!

The 4K image is taken from the centre of the sensor using a crop similar to the size of a crop sensor but unlike EF cameras, the EOS R can accept EOS lenses, so you can still produce ultra-wide video at 4k.

The video record button has been moved to the top of the camera so it’s much easier to operate while vlogging.

Ease of Use
The EOS R comes equipped with a superb 3.15” vari angle touch sensitive screen with 2.1 million pixels. It’s fantastic for selfies and vlogging and can prove invaluable when trying to compose images with unusual perspectives.

The Electronic View Finder (EVF) looks like another brilliant addition. It is very bright and detailed, having 3.69 million pixels with little or no discernible lag. The image is a 100% representation of the final image and, with an aspherical element, has very little in the way of aberrations or distortion. Its performance under bright light (when it’s most difficult to see the LCD) is excellent.

To make the shooting experience even easier the EVF displays a wealth of information and can display histograms for RGB and luminosity (to help identify over exposed areas) and focus peaking (to help identify those areas of the image that are in focus). The presented information rotates from landscape to portrait as the camera rotates.

RF 24-105mm f/4L IS USM Lens
Included with the camera body is the versatile RF 24-105mm f/4L IS USM lens; a standard zoom covering wide-angle to portrait-length focal lengths. Its f/4 constant maximum aperture maintains consistent performance throughout the zoom range and suits working in a variety of lighting conditions. An Image Stabilizer also suits photographing in low-light by compensating for the effects of camera shake to result in sharper imagery when shooting handheld. Benefitting both stills and video applications, it also has an Ultrasonic Motor that delivers quick, quiet, and precise autofocus performance along with full-time manual focus override.