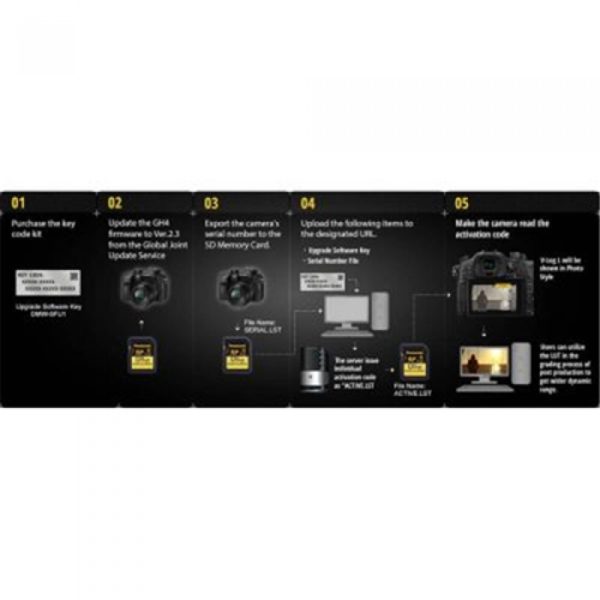 Panasonic announces the new firmware update program for the Lumix Digital Single Lens Mirrorless (DSLM) camera DMC-GH5. The firmware will be released to enhance the performance and controllability of the camera, featuring new 4K Photo Mode.

The 4K Photo is a new way of photography that Panasonic is proposing. It encourages users to capture the spur-of-the-moment in high resolution 4K photo by cropping out a designated frame out of the 4K video. With the new firmware, it is easier to get a 4K photo by using the 4K Photo Mode. Once selecting the 4K Photo Mode, recording format / picture quality setting / brightness level are automatically set to the optimum parameters for photo shooting. Users can record high quality video either in 4:3, 3:2 or even 1:1 aspect ratios in addition to 16:9 – all can provide a still image with 8-megapixel equivalent resolution. Each JPEG image cropped out of the video footage complies with EXIF just as a normal still picture. While recording the 4K video in 4K Photo Mode, it is possible to mark the designated portion by just pressing the [Fn1] button. This can reduce post production work for searching the spur-of-the-moment worth cropping out. Moreover, 4K video can be recorded continuously with Loop Rec function which keeps saving the 5 newest 2-minute video files. Users can patiently wait for the perfect photo opportunity to come as long as they want keep the camera recording without worrying about the capacity of the SDXC/SDHC Memory Card

There are more functional upgrades such as the addition of 4K video recording in 23.98p (MP4, AAC) and enhancement of controllability over ISO setting or the amount of flash emission. Also, the DMC-GH5 now expands its connectivity with external equipment. For example, the PC software “USB Tether*2” enables remote camera control (shooting, setting or image data transfer) by PC via USB.

The PHOTOfunSTUDIO 9.5PE and Panasonic Image App for iOS/Android will also be updated to support these functional upgrades.